← Back to portfolio
Published on 7th April 2011 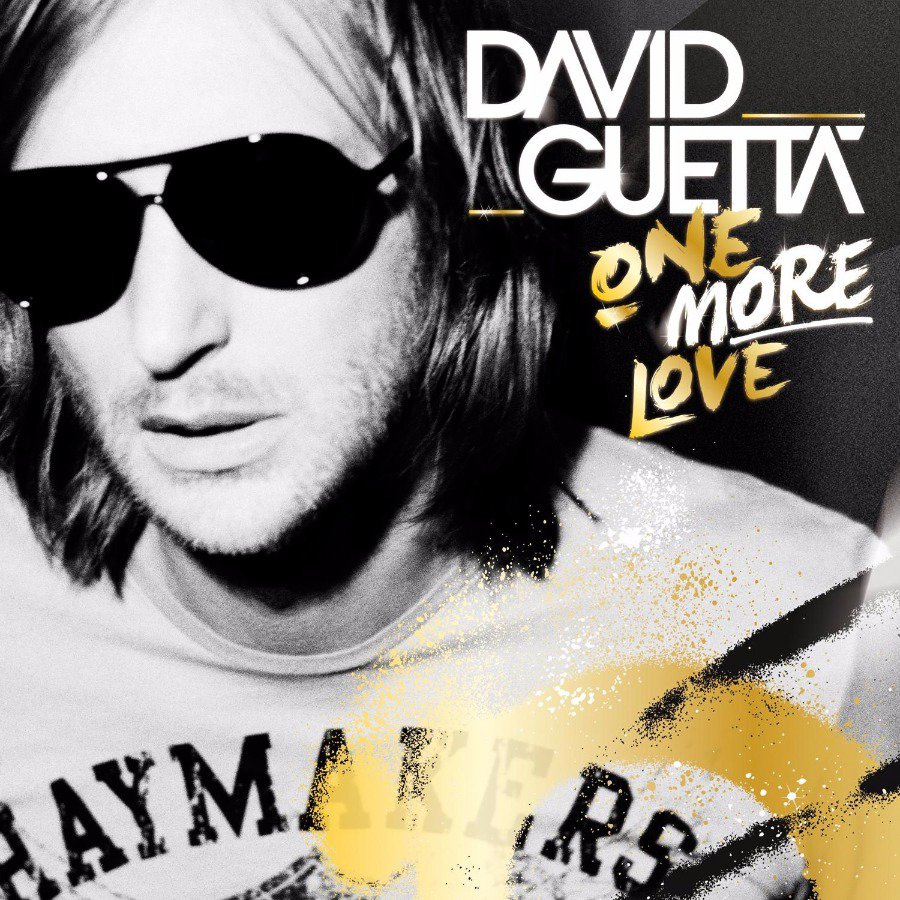 The first and last time I saw David Guetta of my own free will was Future 07, where I happily danced to Love Don’t Let Me Go with all the rest. But then, I was 18 and at a festival – everything was awesome. I take no responsibility for my second Guetta run-in, the fault being squarely to blame with the forward thinking chap at Future Entertainment who decided to put Guetta before Prodigy at Future main stage 2010. Luckily the sound quality was so terrible that the acts sounded much the same from fifty metres back.

My ears have been reasonably Guetta-free since, until now. I received my double-disc release with sinister glee, knowing with reasonable certainty that this was an album I would probably not like, but thoroughly enjoy shredding in Times New Roman. Because David Guetta is someone many of us just love to hate - like American tourists, or Nikki Webster. So Guetta fans, try to remember that the following is coming from a place of love…

Cleverly named, One More Love, this album includes the original One Love CD plus ONE MORE (get it?) CD of Guetta’s hits. I’ve given both a few listens and have drawn some informed conclusions.

The radio monster Loves Takes Over, featuring Kelly Roland, is first off the mark, hammering out it’s signature piano riff (Coldplay – Clocks, anyone?) and generally losing itself in commercially tailored euphoria. Cheese levels hit the roof early and stay there.

Track three, Sexy Bitch, featuring Akon, hits new lows in song writing: “Damn youse a sexy bitch. Dayum girl.” Akon serenedes, “Nothing like you ever seen before, nothing you can compare to a neighbourhood hoe.” Herein lies the worst by-product of Guetta’s urban/dance fusion – the introduction of the vacuous raunch culture surrounding commercial rap into the dance music world – it was never supposed to be about that!

CD One rolls on like a Nova playlist, with polished American vocalists, consistent over-production and frequent forays into high-pitched, bouncy electro breakdowns. Around the halfway mark, Missing You, featuring Novel and Choose, featuring Neyo and Kelly Rowland, provide some decent bass lines, but uninspiring vocals water down the impact of both tracks. Towards the end, some creative and sexy vocals from Wynter Gordon in Toyfriend are interrupted (and spoilt) by the old electro staples – syncopated siren and manic mosquito. And it’s round about now I start to lose my faith in music.

But I’ve got to be missing something, right? Guetta is played on the radio every hour; he’s won awards; he headlines festivals and artists are clamouring to collaborate with him – the man is seriously successful! In case we were unsure about the extent of his success, Guetta explains it clearly in the album blurb:

“…dance music is the sound of American radio, the clubs are rocking and it’s topping the charts there and worldwide. I’ve had the most fun ever – and I won a Grammy!” He won a Grammy on account of being so successful, you see? And let’s not forget about his success. He won a Grammy for it.

Ok, so I’m being mean - he’s reportedly a really nice guy in person. But before I lay off, allow me to relay an actual quote from his bio:

What are these codes David, which apparently prevent underground dance music from becoming incredible? Will your soft, open face enlighten us? If I’ve taken anything from One and One More, it’s that whilst he has definitely created a new style, it’s plainly as formulaic as any other pop style (and apparently this vague umbrella genre ‘underground’). For example, Guetta Code Number One: all vocals must be dripping in auto-tune.

I turned to CD Two with a bias unbecoming of a critic – but was pleasantly surprised. After initially swallowing what felt like cold leftovers from Disc One in Whose That Chick, featuring Rihanna, and a superfluous remix of Getting Over You – I discover Revolver, featuring Madonna, which really hooks me in. The vocals, synths and bass line groove along nonchalantly in a minor key; the whole thing is comparatively understated and it just works.

In fact most tracks of the second album are in a minor key, which reduces cheese levels considerably. Vocals and synths seem to compliment each other more subtly on this disc, for example a repetitive pedal in Acapella allows the husky tones of Kelis to give the track its edge. Most songs in general are less frenetic and it feels as if the urban/dance hybrid is becoming fine-tuned. Things are actually looking pretty good, until my old friend Sexy Bitch reappears as a lack-lustre remix, peppered with the occasional abrasive bark from Lil John, delivering rhyming gems as follows: “crazy bitch, sexy bitch, wild bitch” etc, etc…

The only instrumental track is Grrrr – and it’s pretty good. A deep, spitting bass line keeps things nasty, with the occasional venture into some melodic chords and jabs from a clean 80s-style synthesizer. It’s all a bit Pryda really, which is the highest compliment he’s going to get in this review. Love Don’t Let Me Walk Away also gets a look in and I guess we can’t begrudge him that - it was a doozy in its time.

The pleasant surprises of the second CD are worth noting, but just not enough to tip the scales in David Guetta’s favour. He’s smart, hard working, and genuinely talented at what he does…

But he thinks underground dance music is formulaic - and his music is a bit shit.