← Back to portfolio
Published on 10th November 2016 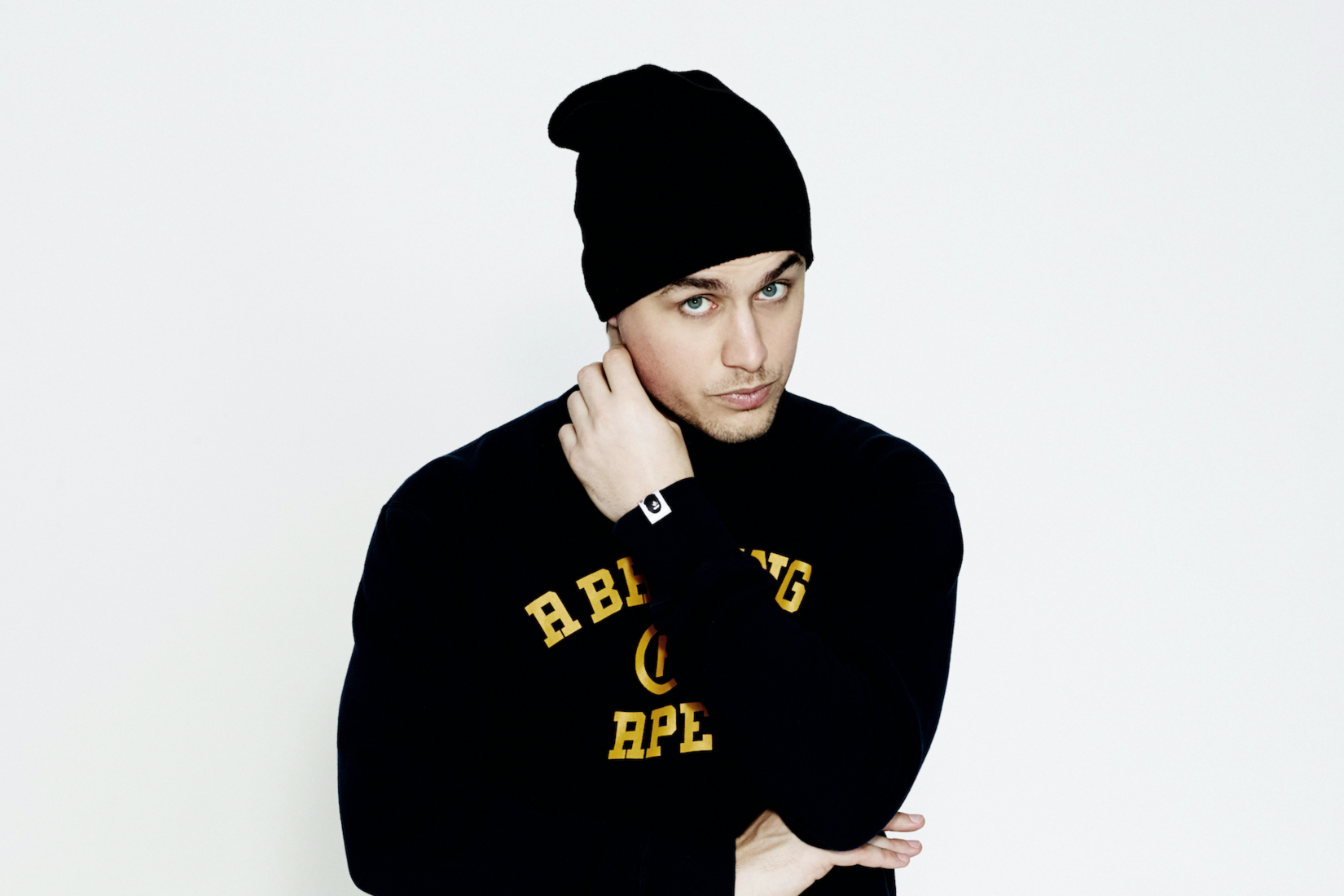 I first meet Al Murray on one of the biggest weekends of his career to date. ‘Papercuts’, the debut single from his forthcoming album ‘Two Degrees’, has just reached the number one spot on the iTunes charts - Ily’s first number one. A few hours later he and guest vocalist Vera Blue roll on stage to perform the track live for the first time to a heaving tent at the biggest festival gig in the country, Splendour In The Grass. That weekend, Murray celebrates accordingly, and I'm introduced to a friendly dude who, though reasonably chilled all things considered, can’t wipe the grin off his face. As Murray put it, “the stars really aligned with that one”.

Around three months later when I catch the Melbourne native on the phone, the new album is complete and release just around the corner. I ask if the unprecedented success of ‘Papercuts' has alleviated some of the new album nerves and receive a mixed response. “It’s raised my expectations! We’re coming in off the back of a really big song in my career, so I’d be crazy to feel the same nerves as if we were going in cold… but it’s still a new album, and it’s always tricky when you’re expecting or hoping for something that is now out of your control.”

Though each album has been more popular than the last, you could understand why the reception of this new venture might be hard to predict. Murray’s style is noticeably evolving. Though there are plenty of clues to his pop-friendly sentiments in the hooks of earlier albums, ‘Two Degrees’ will be the first release where he really shakes the Aussie hip hop artist tag and explodes into the genre-less wider world of modern pop, with thirty years of diverse musical influences making themselves heard in his songwriting.

“This album is much less like an Australian hip hop sounding album than anything I've done before and I want to be moving away from a strictly hip hop artist to more of a song writer or pop writer,” Murray explains. “I’m kind of dropping the tag of being just a rapper.” It’s a progression which he hopes will open new doors in the industry. “Hopefully this album will give me some leverage to get in studios and write for people that aren't in the hip hop world. I’ve already started doing that over the last couple of years but I want to focus more on that going forward.”

For Murray it’s a natural evolution, motivated by a need to develop and challenge himself creatively. “Every time you shift styles you have to do it in a genuine way,” he acknowledges. “If it doesn't have authenticity, you’re kinda fucked.” He’s hardly the first artist to crave metamorphosis, nor is he the first to weather backlash from the more purist fans resistant to change. Inevitably, there are Illy supporters with their own ideas of what is or isn’t ‘genuine’, and amidst the swelling appreciation of Illy’s new direction there’s a smaller undercurrent of derision. To Murray, any critique of his music is fair game, but it’s the attack on his intentions which can grate, or at least can, “show up on my radar” as he puts it, careful not to overplay.

“I think it's when people put intention into my actions; when they start reading into things that aren't there - that's the only time that it really irritates me. I don't care if someone says ‘this new song's shit compared to that old song’. Fuck that's happened to everybody that's put out more than one album! But it's when they're like, ‘oh he wants to sell out or he wants to take the easy option’. It’s like, BRO - I'm doing this as a challenge, not as the easy option. The easy option would be to just write rap tracks and put them out every few months, but it’s a much bigger pond when you're trying to make these songs rather than just writing Australian hip hop.”

Perhaps with some of the criticism in mind, Murray released ‘Swear Jar’ last year, a gloriously expletive-laden three-minute-long call out of both industry and internet propelled bullshit. There’s nothing like an amplified (and crowd supported) cussing session to let off a bit of steam, but you’d be mistaken if you considered ‘Swear Jar’ as some deliberately moralising manifesto. In the end, it’s just a good fun song which - though mouthy AF, a bit like Murray himself - doesn’t need to be read too far into.

Being over analysed is in fact one of the big problems for contemporary artists. “You have to be aware that anything you say can be and normally is used against you in the public court of the internet,” Murray astutely warns. “You can catch yourself out saying something flippantly, but once you say something, it's there forever and it can be taken right out of context - used in any way. You kind of have to watch yourself… which is pretty fucked up but it's just the world that we live in.”

Keeping a guard up on the internet also works both ways. “The internet is a place you need to take with a grain of salt as far as what other people are saying as well. I’ve been around for a while so I've kind of got a thick skin towards it, but I've seen friends who have been new to it in that they have just started to be known for their music or their art or whatever, and they have a really tough time dealing with the stuff online.”

The direct and inescapable connection to all feedback that social media provides can exacerbate the artist’s tendency towards self analysis and self doubt. “You're an artist, you're always going to have something to do your fucking head in about,” Murray admits, chuckling. “You can get a hundred positive comments but you'll focus on the one negative one - I think that's just human nature… I’m a harsh enough critic on myself though, and I think that I have a pretty good idea when something I do is good or not so I'm kind of over caring too much about that shit at this point!”

Illy in front of an appreciative crowd, Splendour 2016

His skin may have thickened by now, but Murray clearly still wants his fans to feel valued and to have an honest impression of him. He puts generous time into answering comments on social media directly, both positive and negative. Online he projects as opinionated but measured, consistently fair and surprisingly engaged with the keyboard warriors. No matter how grounded you are, I guess nobody likes to be misunderstood.

With the new album only a day away from release and currently on heavy rotation as Triple J’s feature album, the attention and accolades are rolling in. Since ‘Papercuts' hit the top spot during that climactic Splendour weekend it has gone double platinum, follow up single ‘Catch 22’ featuring Anne-Marie has also shot up to top 10 in the charts, Illy has received siz Aria nominations and, on a lighter note, a shoutout from Tim Cahill on twitter (decent buzz for a football fan such as Murray).

These are all admirable career milestones that Murray has earned the right to enjoy. But, in the end, he knows exactly what the true currency of music is.

“Obviously these things are a big deal to me but, as clichéd and corny as it sounds, if I get hit up from a kid who's like, ‘I was going to kill myself the other night and now I'm not and that's partly to do with the fact that you put this song out’ or ‘I listened to this song and that spoke to me’ or ‘my parents are going through cancer and I put on the song that you wrote about your mum and that's really helped me and my family to speak about shit when we haven't been able to be open with each other.' That shit - I mean why the fuck should I care about what some dude on the internet has to say about what i'm not doing right when there are people saying that? At the end of the day the fans - the people who my music really affects - are what matters.”