← Back to portfolio
Published on 1st August 2013

Kölsch: Techno From The Heart 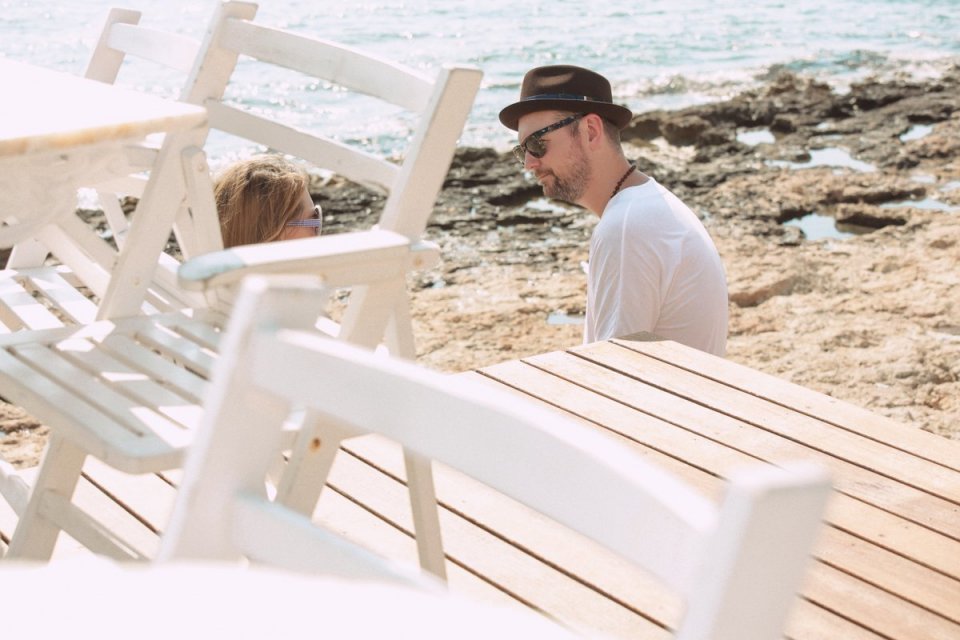 Holiday-makers slugging down their mojitos at Mambo might not have been aware that the man behind the decks a few metres away was responsible for some of the loveliest tunes floating around the island right now, having carved a musical niche for himself in the realm of emotion, nostalgia and epic moments. Rune Reilly Kölsch (also answers to Rune RK, ENUR and Kölsch) has been making music of all shapes and sizes for years, from the more alternative conceptual releases as Ink and Needle, to the inescapable hit Calabria (later vocal-vamped into Destination Calabria), but it seems he’s really hit the mark with this latest album 1977, on both a personal and global level.

Kölsch was lured to the sunset strip’s hazy and lazy afternoon atmosphere by fellow Danish compatriot Kenneth Bager, who runs a relaxed and eclectic musical ship every Sunday at Mambo with Music for Dreams and had called in Kölsch to play whichever tunes he was inspired by at the time. Fresh from the recycled air of a delayed flight from Rome, Kölsch had just enough time before his set to perch on the waterfront steps outside Mambo and chew the cud with me about music (what else?). Smooth saxophone wafted out to us from the Music For Dreams booth, Looky Looky Men circled like harpies and with the exception of our matching moon-tans (see photos) it all felt deliciously Ibiza.

Congratulations on the new album, it must be a buzz to have such positive feedback…

"Thanks, it’s insane! I never expected that to be honest. Usually when you do an album the tendency is to go all out: I need a slow track, some vocals here, a band and whatever… but this time I thought fuck it I’m just going to make a bunch of tracks, put them out and that’s just it! And it seems to work really well, I’m really happy with that."

A few tracks on there - like Goldfisch or All That Matters - tracks like that are played a lot in Ibiza, especially at those final magic moments of the party or the after party. It feels like your music really suits the island perfectly so I was wondering what’s you history with the place?

"I’ve been going to Ibiza for fourteen years now. The first time was 99, I came here and it was a super cheap holiday, stayed in san an obviously."

How old were you?

"I was 19, 20, something like that. Really young, and I just had such an amazing time. Either way you look at it this place has something very romantic and I hate that whole hippy talk but it’s true! I didn’t have one time here where I didn't leave absolutely exhausted but get on the plane and want to go back straight away. And now I come here every year - "

"We’re good thanks…[Laughs] Ahhh that’s classic Ibiza, right? But yeah, every year I went here to get the inspiration, and I took it back through the music and through the djing. I was always really inspired by this Balearic free-going vibe, I try to bring back a bit of sunshine… I’m just really thrilled that maybe I could bring something to the island for once."

How did you get in contact with Kenneth [Bager], is the scene in Denmark really small?

"The scene in denmark is super small. I’ve known Kenneth at least 20 years, and everybody knows everybody."

What do you enjoy about playing these chilled out sets?

"I enjoy the eclectic thing – being able to play all kinda of stuff that inspires me and classics; just not having to think so much about having to please a dance floor, which I love doing as well, but even when I DJ I like to play weird shit - I like to put in a disco record, or finish off the night with a classic. It’s important to embrace a lot of different genres because these days I think the biggest problem with techno DJs and deep house DJs is everybody is totally pigeon-holed into one little thing and they do that for four hours and its just so crushingly boring… that’s the way I feel about it at least. I mean let’s have a party you know!"

In your productions you’ve been incredibly eclectic and you release under so many different monikers – why the different names?

"When I started it used to be you could release different stuff under the same name and people would accept it, but these days people need a certain persona or certain identity connecting with the music, otherwise it just doesn’t really work. I could release it all under my normal name but it’s confusing. And the thing is I have such a broad taste, I love all genres of electronic music and I want to embrace all - I can’t just stick to one thing."

Is there a moniker which comes the most naturally, which you think is more you than the others?

"Kölsch for sure. Kölsch is very very close to my heart, the whole album is so much about my family and my childhood, all the titles are references to my childhood and things that happened so it’s sort of a diary. It’s actually the first time that I’ve let myself do something that personal. It’s always been a concept [in the past], I had a big techno act, Ink and Needle, and we did these tattoo recordings with pictures of tattoos and it was all ‘yeahhhh music’s like tattoos’ and all these ideas I had… and it all worked kinda well but this is the first time I just sat myself down and let the feelings come out and said to myself 'what do you really want to do? what kind of music do you want to make?' And I want to make techno music, or club music, from the heart. I think it’s important to have this emotional thing. If you don’t give anything of yourself why would anyone want to take it from you?"

And that’s probably why the Kölsch tracks do pop up in those emotional final moments, when people are really feeling everything...

"Ah I’m so happy you’re saying that because that’s exactly what I wanted to do with the tracks, it’s a dream come true if people would play it. I heard that Laurent Garnier finished off his set at Sonar with Der Alte… that’s legendary!"

You mentioned Tattoo Records, what are you doing now in terms of labels, I know you realeased this album on Kompakt, but do you have a label going still?

"I have Art Farty still going, but the releases have slowed down and these days I just haven’t really go time or energy for anything else but Kölsch. But if I feel like it, I’ll just make something else; it’s important not to limit yourself to one thing. Every time you limit yourself, all of a sudden you have to live up to some weird expectation, like you have to limit yourself to ‘oh it has to fit into this kind of music and it has to fit into that' and its just not really healthy as an artist."

Thanks to a last minute drop out from Tensake, Kölsch ended up playing a second set at Mambo in the evening as part of the Mambo pre-party for Solomun + 1, and the following Sunday raised the roof playing Space Terrazza for the first time, which had been a life goal for Rune. I came away from the interview with a free music for dreams merch t-shirt, the ongoing acquisition of such items also being a life goal for me.