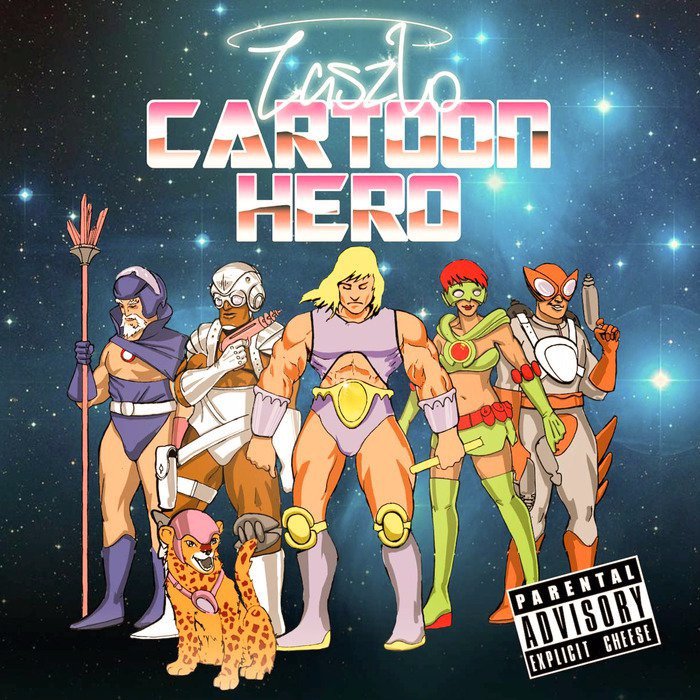 From the ageing VHS-style pitch-warping of the first inspiring chords of album opener A Galaxy Far Away I am transported to both the impossible and familiar, as the unreachable and incredible world of space, sci-fi tech and larger-than-life heroes echoes from a dusty and comforting corner of every childhood bedroom. Instantly evocative, this album is just so much fun.

As an 80s baby, I can lay only tenuous claim to legitimate stirrings of nostalgia, since the gaming sounds of my youth had already progressed to the yelps, squeaks and playful bleeps of Mario, Luigi and co, hurtling through novelty race courses where dropping banana peels and throwing turtles was a legitimate way to get ahead. This slice of 80s gaming sonics is far more epic and inspiring, and yet no matter which era you were born in manages to feel familiar, just as the chirpy muted trumpets of the Roaring 20s can be full of memory and whimsy to any listener with imagination born 80 years hence.

For an album so entertaining, it’s not always easy listening. Synth sounds in Flashback or Character Development are niche in style and usually pretty in your face, and the common thread of abruptly changing tempo means there are few moments in the album that are either dance floor ready or background listening appropriate. Cartoon Hero, therefore, is a bold production, demanding your full attention or nothing. It’s also movie-montage-tastic, which is definitely a real word. Many tracks are awash with the positive connotations of Getting Shit Done, from the everyday scenes of title track Cartoon Hero to the galactic militarism of Battle Stations and, the pillar of any good 80s movie, Training Montage.

Cartoon Hero is not for everyone - in fact it’s probably not for most people - but to those open to it Laszlo couldn’t have captured an era, sound and feeling more perfectly. Looking beyond the nostalgia novelty, the concept and execution of this work pushes the boundaries of dance music, forcing us to experiment and expand the way we create and experience emotion within the sounds of technology. I think it’s what He-Man would have wanted.