Do you remember where you were when you heard your first Prince record? Or when you bought your first album? Can you recall the first time you saw Prince live?

How about the last time? Do you remember how you felt when you found out he was gone?

Cam Bianchetti remembers. Bianchetti is one of Australia’s most enduring dance music artists. An influencer during house and techno’s formative years of the early ‘90s in both Europe and Australia as DJ HMC, he now dominates the global house and disco edits scene as Late Nite Tuff Guy, responsible for two of the most ubiquitous tracks on contemporary dance floors, ‘I Get Deeper’ and the ‘Controversy’ edit, ‘Do I Believe In God’. He also happens to be a Prince fan, as true as they come.

I had heard that Bianchetti was on the shy and retiring side in interviews, but if there was truth to that, not so when talking about his long time musical idol, Prince. On this subject Bianchetti is animated, educated and above all, passionate. 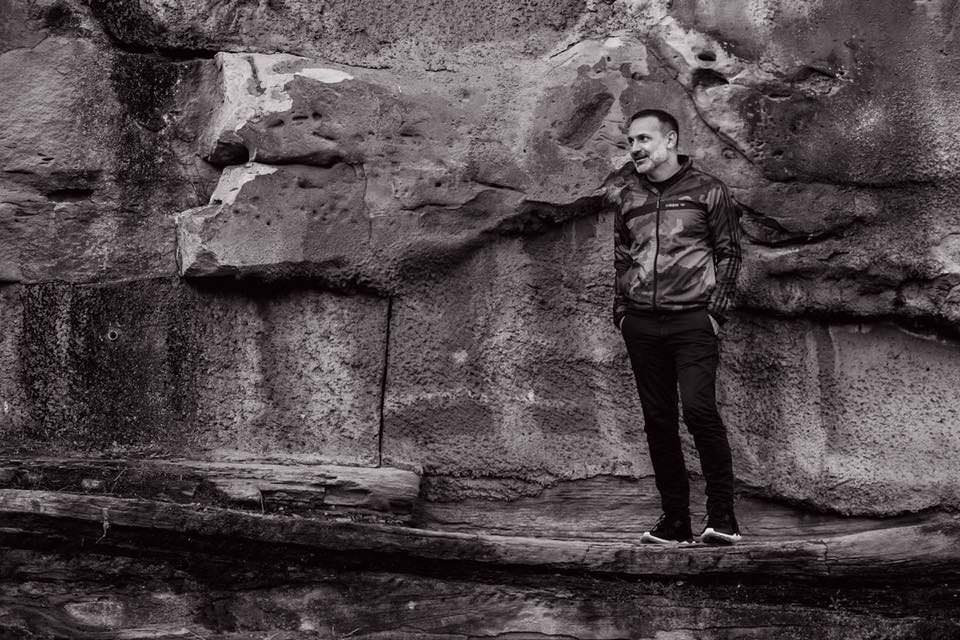 A seventeen year old Bianchetti first heard Prince at a small club in his “sleepy” home town of Adelaide on an unassuming Wednesday night no less, “which is pretty happening for Adelaide let me tell you!” Loving the track, Bianchetti immediately resolved to source its creator and so, on a pre-internet Thursday in 1981, looked for answers at his local record store, where he discovered the artist behind the single to be Prince, and purchased his LP on the spot.

An epic seven-minute dance stomper which sings of a craving for emancipation from oppression and bias, the track which started it all for Cam was ‘Controversy’. “Who is this person?” was the question driving the young music fan. In the space of a year he’d purchased Prince’s three previous albums and “completely fallen in love” with his music.

So what was it that captured Bianchetti’s sensibilities so strongly? “Partly the fact that he crosses all genres of music,” he expains. “R’n’B, soul, disco in the early days, funk, rock’n’roll, jazz… he can do anything. But what I love most is the sparseness and simplicity of a lot of the music.”The less-is-more approach which so attracted him directly influenced the music Bianchetti would go on to make in the following decade. “When I started producing music it was techno, and the popular tracks were that ones that were really simple and straight to the point, there was nothing fancy about them whatsoever.”

Lyrically and conceptually, Prince’s understanding of the power of nuance is also a strong draw for Bianchetti. A cryptic character in real life, Prince’s lyrics are suggestive and layered. “He has an incredible way of writing words. A lot of his earlier stuff is about sex. I find lyrics today can be so blatant, so in your face, that there's nothing to read behind, it's just so - there. Whereas Prince's early lyrics, about that subject in particular, were a little deeper. You had to think about what he was saying before you understood it.”

Finally, one of the most impressive aspects of Prince’s creativity was his autonomy. Diverse in skill and determined by nature, a teenage Prince wrote and produced his debut self-titled album on his own, as well as recording the vast majority of the album’s instrumentation himself. “When you think that he was seventeen at the time and he wrote just about everything on that album... fuck it's impressive.” Still awed by this feat as an accomplished artist, one can imagine how it would have resonated with Bianchetti as a budding producer of the same age.

As we talk, it becomes clear that Bianchetti values Prince’s pursuit of creative autonomy as much as his creativity. The untameable, in many ways unknowable character that Prince presented throughout the course of his thirty year career proved to be a fascination and inspiration in itself. Having dedicated the best part of his life to the “jungle” that is the music industry, Bianchetti is familiar with the financial tug of war that plagues so many artists, and admires Prince’s tenacity in public battles with his record label Warner, which peaked in the late ‘90s with Prince’s defiant (if rather untenable) name change to a cryptic glyph, and the penning of 'slave' across his own cheek in protest. 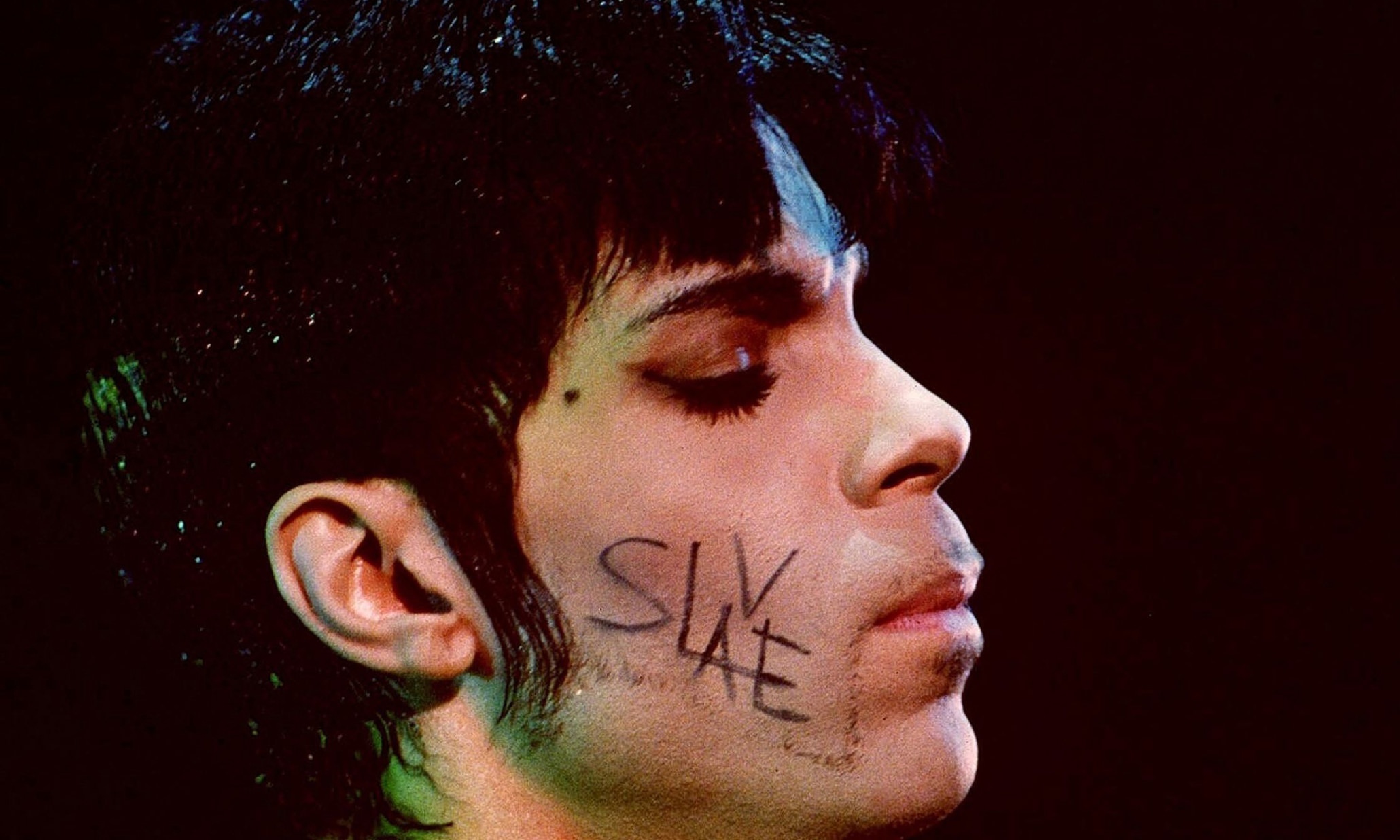 “He definitely puts himself out there as someone quite strange, who really knows who he is. Someone who's not afraid to do something different. After the success of Purple Rain, for example, which was massive, he released Around The World In A Day, which was completely different. I, along with a lot of other people, expected another Purple Rain. But I remember him saying in an interview it would have been so easy to do Purple Rain Pt 2, but he likes to push himself and do something original every time. I love that.”

No stranger to reinvention himself, slamming techno DJ HMC come disco-edit don Late Nite Tuff Guy has clearly taken the lesson of creative challenges to heart. “Throughout my youth, throughout DJing and producing, I wanted to do something different every time. It's a lot harder now that I'm older though. I tend to revert back to doing what I know, because it's easier… but you don't challenge yourself that way, do you?”

So Prince as a person has inspired, as well as his music. But can any of us really lay claim to understanding such an eccentric and elusive character, having never even met him? “He’s definitely a weird character... we just don't know him,” Banchietti acknowledges. Why is it, then, that he and so many others felt such a profound and personal sense of loss upon hearing of his death?

“When I found out about his passing, it was one of the saddest moments that I could ever remember. Obviously I had a cry. I couldn’t believe I would never get to see him play live again.” 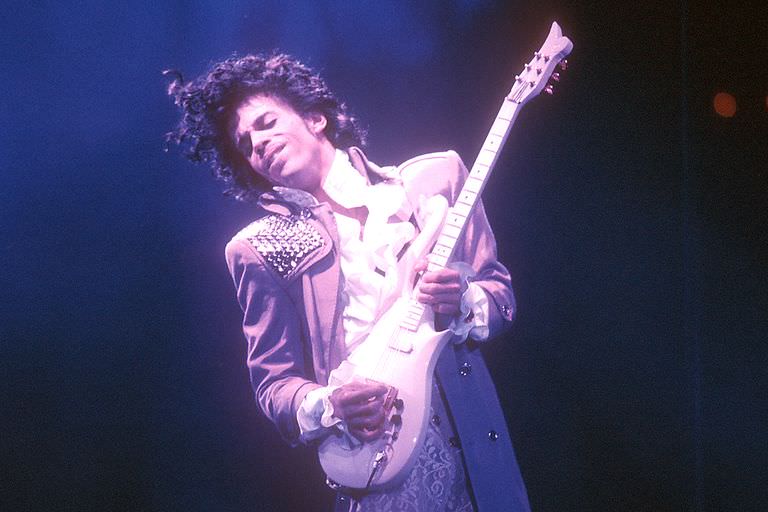 Bianchetti was lucky enough to attend one of the final performances of Prince’s life in February of last year. “I’m so thankful I got to see him, but the awful thing about that day was that Vanity [an artistic protégé and one-time lover of Prince], had died that day. So he was really emotional, and you felt like a lot of the songs that he did were in honour of her. It was a really special show.”

The emotion of this performance explains at least part of the reason we can feel such a personal connection to someone we’ve never actually met. Most artists put some of the deepest parts of themselves into the work they create - so in some way, we do know them. “Well, we know a part of them,” Bianchetti qualifies. But it’s more than that; we are not merely observers to the emotions of our favourite musicians. In a fascinating and powerful phenomenon, our own emotions and personal development are inextricably woven into their music and persona, at least in our own consciousness.

“The only way to explain it for me is that it’s because I grew up on his music - especially Sign Of The Times, which is my favourite Prince album. I remember listening to that constantly and it was also around the time that I was smoking marijuana, so I heard the album differently. Growing up on that music, learning a lot about how he produces and how he writes… it influenced me. And now it is a part of me, right? It's a part of my youth.”

“After [David] Bowie’s death and Prince's death I saw people on Facebook saying things like, ‘you don’t know the person, why are you pretending to care?’ and so on … and it's like, well, we really are connected to them! And when they go, a part of your youth is gone too.”

Throughout our interview, Bianchetti mostly talks about Prince in the present tense; less as an individual who has died than as a musical legacy that he hopes will live on for a long time to come. As Late Nite Tuff Guy, Bianchetti has played an important role on an international scale in keeping that legacy alive through his edits.

Though ‘Controversy’ is the only one he’s released, Bianchetti has a small but powerful arsenal of Prince edits which he saves for his own sets, “and yes, it's going to stay that way” he assures me. It takes some balls to begin tinkering with the music of an artist you idolise so much, and when I ask if it makes him nervous the response is unequivocal. “Oh shit yeah. We're talking about a genius here. If you want to take on his music, then you really have to bring it.”

Despite intimidation, inspiration comes from within the track. “I didn't do that much to ‘Controversy’, just extended and accentuated parts of the track that were amazing. For example that loop in the beginning just really gets me, I could see myself on the dance floor going, ‘fuck yes!’”

That looped introduction is an important part of most LNTG disco edits - a new and more contemporary presentation of the dusty disco gems of the past. “A lot of young people ask me about the old music. They love the way I’ve interpreted it in a way that they understand…The first part of the edit is a looping, hypnotic groove that draws them in, and then I expose them to what the track was before.” Hearing old songs reinterpreted on modern terms can be the catalyst for many young music lovers to discover a whole new world of listening: Prince and beyond. “And they need to do it themselves,” Bianchetti adds paternally. “You can’t force feed it to them.”

Creating an edit not only allows him to share the music he loves with a new audience, but it also offers Bianchetti an opportunity to appreciate its components on a finer level - especially when it comes to Prince. “When I do an edit, obviously I quantise everything in Ableton. And then you go through the track slowly, many many times, so you hear everything clearly: all the words, all the music, all the intricate bits of the track. Hearing it slowly like that over the process of edits definitely makes me love it more.”

“I've never known a musician to do the things Prince does; a unique sound and a unique way of producing music. It's beyond everybody.”

There could be none more fitting to curate a Prince Tribute Night on the first anniversary of his death than Late Nite Tuff Guy. A talented musician in his own right, Cam Bianchetti is also a true fan.