← Back to portfolio
Published on 16th December 2016 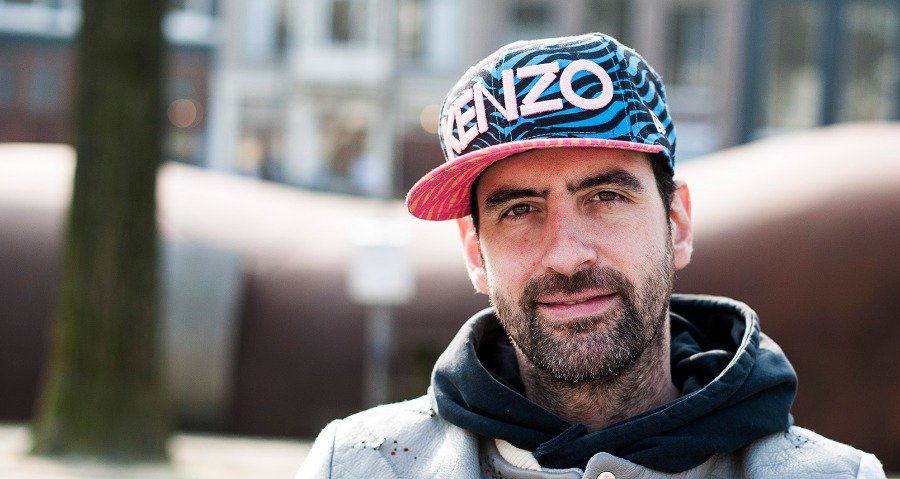 Mirik Milan is many things to Amsterdam. A key contributor to the city’s electronic music scene as a party promoter from the age of twenty, since 2012 he has also been responsible for the cultivation of its creative life as its Night Mayor, because Amsterdam recognises that, in Milan’s own words, “the night is a meeting point for creativity” and a city’s movements after dark are inextricably linked with its creative output.

Elsewhere in the world, nightlife is viewed less favourably. During an incident-heavy 2016 the friction between the dance music community and the authorities – be it police, government or local council – came to a head, and nightlife communities facing opposition and struggling for positive representation looked to Amsterdam – somewhat desperately – as a model example, its appointment of a Night Mayor a symbol for nightlife’s status as a valuable industry that deserved an influential voice.

Though he’s not the first, and certainly not the only one to be working towards this end, the self-professed ‘rebel in a suit’ became the global poster boy for dance music’s pivotal rebranding from deliberately unregulated subculture to responsible, organised and profitable industry. Whilst mainstream media in the UK, US and Australia reported on dance music events purely from the perspective of arrests, hospitalisations and drug-related deaths, the good publicity which the Night Mayor represented became even more important. In short, Mirik Milan became pretty popular.

We grab a chat in between ABC TV appearances, key note speeches and roundtables whilst Milan is in Sydney for the Electronic Music Conference. The trip is a hectic one for him, having been flown right across the world to impart his wisdom to a curtailed and critiqued music industry that can barely contain itself from clinging to his proverbial jacket sleeves and screaming, “HAAAAALP! HAAALP UUUUS!”

Milan amiably obliges. For the millionth time he’s been probed on the secrets to a harmonious nightlife scene but shows no signs of fatigue. “I don't mind telling this story a lot because I can speak about the thing I love the most, which is nightlife. It brought me so much when I was twenty and started promoting parties. It gave me a home and helped me to develop my talents as a production manager, party promoter and creative director.”

Now Milan protects and nurtures the creative endeavours and employment of a whole city, programming the ‘content’ of Amsterdam after dark to create a healthy and balanced flow of both ideas and human traffic. “The cultural value [of this industry] is actually much stronger and more important than the economic side of it,” he adds.

Hearing Milan speak on the issue is supremely satisfying, as he articulates what we all believe about our industry and about creative cultures in general, from a platform which seems to actually reach those that still need convincing. It’s especially appealing in Sydney, where the industry struggles to make itself heard by those with influence. But – as Milan is quick to point out – there’s a reason we feel like we’re banging our heads against a wall. “What I realise is that the state government makes uneducated decisions based on misinterpreted data. But of course you guys know this story. The thing is, how are you going to change it around?”

His answer is pretty clear: first and foremost, it requires unity. “It's really easy to pick on nightlife operators because they're not unified. If you want to change something in bottle distribution for alcohol, you immediately have twenty associations on the doorstep of city hall or state government trying to change it. Nightlife in Sydney has to be unified in this way – because right now you aren’t.”

At the moment, Keep Sydney Open is as close to a united front as we get. Its influence has been crucial in motivating an infamously politically apathetic generation, but it’s far from the official representation Milan is recommending. As KSO’s leader Tyson Koh himself said during EMC, “Keep Sydney Open is all things to all people” and in the end just a small collection of locals who care, fronted by a particularly motivated Rage music programmer.

“I think KSO and what Tyson and those guys have been doing is really amazing,” Milan acknowledges, “but you should not be looking at him and saying, 'Tyson you have to do this!' you should be saying, ‘Tyson, what do you need?’ What he's done is really amazing but he can't do it without any financial support. Entrepreneurs and festival promoters should be much more open minded to think about what is needed for the entire city and come away from what their personal needs are.”

Milan has seen similar struggles in enough cities to know that lockouts are not the only problem, merely a symptom of the government’s lack of understanding and appreciation of night culture. On the other side of the world London faces the same issues: no lockouts in sight but venue after venue closing in the face of noise complaints, licensing hurdles and unchecked gentrification. Over in the States there are countless arrests at festivals, and in the wake of the horrific Oakland warehouse fire, blanket crackdowns on warehouse parties, instead of infrastructure support.

“The lockouts are the symbol that they don't understand what nightlife is about,” explains Milan. “Now it's lockout law, but then maybe the next thing is breathalysers or sniffer dogs or whatever... so promoters need to come away from thinking ‘I don't have to work on these issues because I'm good for now’ and the community also has to look to themselves to say, ‘what can we add to this conversation?’ If you want to be in a good position to deal with somebody, what are you bringing to the table yourself, and how can you make strategic decisions to get it? This is something that is maybe not so in place at the moment.”

Without this, Milan argues, you end up fighting the wrong battles. In Sydney’s case, much of promoters' energy is spent on the police. “You need to be on the table when decisions are being made; you should not be fighting at the other end, because as the Dutch would say it's like a background fight. You want to be playing at the top of the league.”

There’s another aspect that’s crucial to any meaningful progress on this issue in Sydney or elsewhere and that’s positivity – something severely lacking on both sides of the current debate. “I've spoken to some promoters that are pretty pessimistic and cynical about whether it's ever going to change,” Milan admits of Sydney. “It's funny, we had a roundtable meeting with the mayor of Amsterdam – an amazing guy who I really respect – and we had a sit down with everybody, including the police, and he said the first person to say 'it's not going to work/it won't happen/we're already doing that' was out of the conversation. That's the atmosphere you need to create to come up with solutions.”

Meanwhile, Justice Ian Callinan's response (the man charged with undertaking an independent review of the lockout laws) to KSO’s detailed alternatives for nightlife safety which benefited the industry instead of swinging at it with a wrecking ball, can essentially be paraphrased as, “hmm, no, that sounds expensive”.

The need for positivity extends well beyond strategy meetings. Positive legislation and an optimistic approach to dealing with the nightlife community itself is without a doubt the key to collaborative success.

Being a genuine dance music fan himself of course, Milan made sure to catch a taste of the Sydney party scene before he flew home, joining us at outdoor techno festival, Tell No Tales. Despite the event’s success, he experienced firsthand the negative atmosphere Sydney siders are up against. Police patrolled the event in high numbers and as he left he witnessed two separate incidents of mounted police aggressively charging towards a punters they perceived to be acting out. It’s a far cry from the friendly red-jacketted hosts of Amsterdam’s Rembrandtplein, who roam the streets ready to direct tourists, take care of those who’ve overdone it and generally ‘keep the peace’ in a very different way to the NSW police force.

“Influencing young people in a positive way is a much better way to get behavioural change than imposing stricter laws. And I think our best example is ADE. Of course we had our issues as well - three drug related deaths in 2014 - but last year, with increased attendance of 25 000 people (that’s up to 375 000 attending over 5 days) everything went brilliantly. We worked together with public health organisations, with the mayor, with all the different layers of the government, and in the end the police data showed that emergency response was not even busier than a regular saturday night on each of the five nights. So focusing on content and programming the city and being positive towards this community is a solution to deal with societal problems and to create behavioural change.”

Behavioural change is at the root of the issue. Without it, no amount of strict legislation can keep an individual safe. The key to safety is in instilling a sense of personal responsibility – something Milan emphasised in his letter to Islington Council in the lead up to the license hearing for London’s fabric nightclub.

“Pushing fabric with too many additional conditions would be counterproductive, as reports from The Netherlands and Australia have shown,” he wrote. “People should be aware of the dangers and treat their bodies with respect. This is still their own decision.”

Whilst the world’s clubbing community breathed a sigh of relief when fabric’s license was reinstated, it was a bitter win, as the severe new conditions placed on the venue showed the council’s approach was largely unchanged.

But the negative and draconian method of zero-tolerance and restrictive environments is, as Milan puts it, “the old way of thinking”.

“100 billion dollars has been spent on the war on drugs, and nothing has changed in the last thirty years. Nothing. People will always find a way to do what they want because that's in our nature. But give people the right tools and they will behave so that no harm comes to themselves. I think people have the right to their own high.”

Whilst the nightlife industry in places like Sydney and London struggles to organise itself and get a foot in the door of negotiations, in Amsterdam, the challenge now is to make sure it doesn’t negotiate itself too far away from what made it exciting in the first place. As dance music evolves into its mainstream future, replete with licensing, official representation, structure and compromise, could it lose the sense of spontaneity and rebellion which gave it its essence?

“Maybe we are self-organised better, but the night should always should be a place for the unexpected,” Milan responds. “That's why we also serve twenty-four-hour license venues, so people have more capabilities to do whatever they want. This freedom is what nightlife is.”

“I think my role in Amsterdam is keeping this innovative vibe to the nightlife scene; making sure the scene is not controlled by the same ten promoters for the next twenty-five years. The next step in Amsterdam is to shift our focus to the informal instead of only working along traditional lines. That will be the campaign for next year. We are already doing a project called Enter The Void, re-appropriating public space to give to young creative kids, giving them the tools to bend the rules of society or the government. Directing things in a way so their creativity can run freely.”

“In thirty years time fifty percent of our jobs will be done by robots anyway. So we have to shift to the creative and informal side, because that is the hope for society.”