← Back to portfolio
Published on 17th November 2010 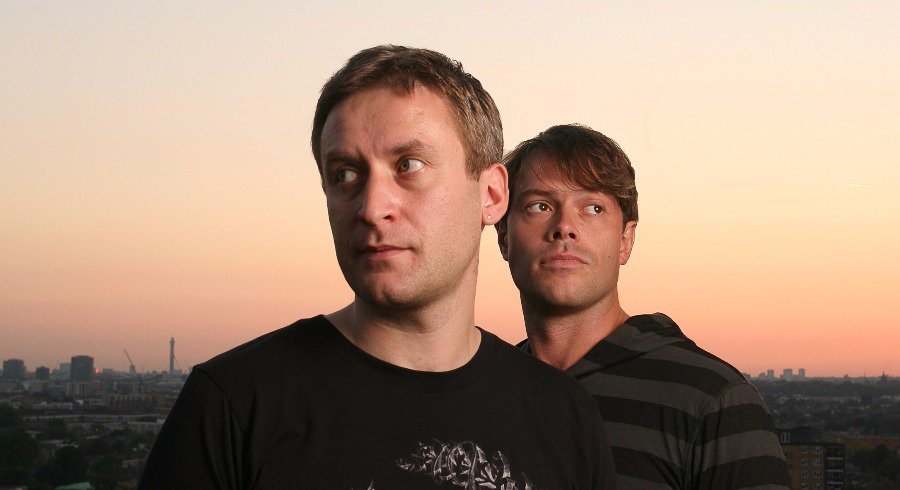 Andy Gardner and Lee Rous handed the music media a gem when they settled on the name ‘Plump DJs.’ Twelve years of fat-related headlines and lard-based descriptions later and this author will die before she puts yet another plump-pun into circulation. Pet peeves aside, the press attention is well founded. Plump DJs belong to a prestigious group of dance music heavyweights who can say they joined the scene before there was one. In 1999 their first release, Plump Chunks/Electric Disco, shook awake a breakbeat genre that had been hitting snooze for the last decade. In the following years they’ve rolled out four original albums, a hoard of remixes, successful compilation albums including Elastic Breaks - a 2004 cover CD for Mixmag which sold a record number of copies - and have still found time to be a regular fixture of the Australian summer.

Chatting to Lee Rous it becomes clear he won’t join the clique of EDM stalwarts with their roots in the 90s in bemoaning the death of vinyl culture and reminiscing on the days of yore. For Rous, the changes in the music scene since he began have been positive ones and he heralds the Internet as the driving force. “The amazing thing about the Internet is the ability for people to make music at home and then share that with everyone; music’s in abundance! The freedom of expression and the environment we’re in at the moment is so fertile - it’s incredible.” I ask Rous if he sees any negatives in the takeover of the Internet, but he doesn’t bite: “Not at all. There was so much process before in making music that many people who had a voice were never heard, there was a lot of wasted talented. Now everyone’s got a voice.”

Given these sentiments it seems only natural that as 2009 became 2010 Plump amicably parted ways with their long-standing label Fingerlickin Records to pursue a more hands-on approach to the industry: creating their own label. Grand Hotel Records (currently plugging a monster of a Plumps original called Water Born Computer Virus/Boomer) is a digital only affair, and Rous admits that it can be quite bewildering trying to keep up with the rate of change and scale of the Internet. “The new environment is a very unruly beast, but a very exciting one at that. The amount of music we’re getting sent now is incredible. There’s still good and bad out there but ultimately we’re getting much better music than we ever have done.”

Home remains incredibly important to the duo, “it’s getting more so as we get older” Rous confesses. “Both of us are now married and you really miss your partners and family on tour. It’s easy for us when we’re away to immerse ourselves in what we’re doing but I think it gets emotional when we’re back on the plane, or touching down in our country.” Their families aren’t the only reason for getting home, however. Rous tells me that all the creative work is done in their Soho-based studio, Laboratoire Plump (I don’t know about you, but anyone who officially names their place of work ‘Laboratoire Plump’ is a friend of mine). “We’ll come up with some ideas on tour, but we don’t do any physical work until we get back into the studio in London. We try and keep focused on the events at hand whilst away.”

Staying ‘focused on the events at hand’ has given structure to the lives of Gardner and Rous in a profession that can easily spin out of control. When I ask who is the more responsible one, Rous sheepishly ums and ahs before deciding, “No, no, we’ve both been mums over the years! Sometimes one of you is weak and the other is strong and that changes over time. You’ve just got to make sure you’re there for each other if one of you is going through a bad period.” Gardner and Rous’ lives have transformed since their partnership began but their relationship is steady. “We still go out for beers together and hang out as well as work with each other. We’re very lucky that we’ve managed to maintain it this long without too many hiccups.” Content with each other’s creative input, the pair aren’t usually on the prowl for collaborations. “We like working with other people but we get really good results between the two of us so we don’t want to dilute that too much either.” After a pause Rous adds that Stevie Wonder has been on their wish list for a while though…

Looking ahead to the Australian tour and Rous seems genuinely stoked to be returning. The last few years have seen changes and growth in Plumps’ live set that Rous says are now fine-tuned. It’s much more complex than their early DJ sets together, where one would man the decks while the other “stood in the background with a pint.” This summer Plump are playing Perth, Hobart, Melbourne, Sydney, the Gold Coast, then Sydney again - but if for some reason you’re not getting to any of these gigs (I can only assume you’re in gaol) then you can still get your fix:

“We’ve done a couple of secret remixes which are likely to appear on our Triple J mix which is coming out to go with the tour, so there’ll be a load of fresh new music on there from Grand Hotel including a couple of new artists we’ve signed to our label.”