← Back to portfolio
Published on 26th October 2015

Sasha: On What’s Worth Fighting For 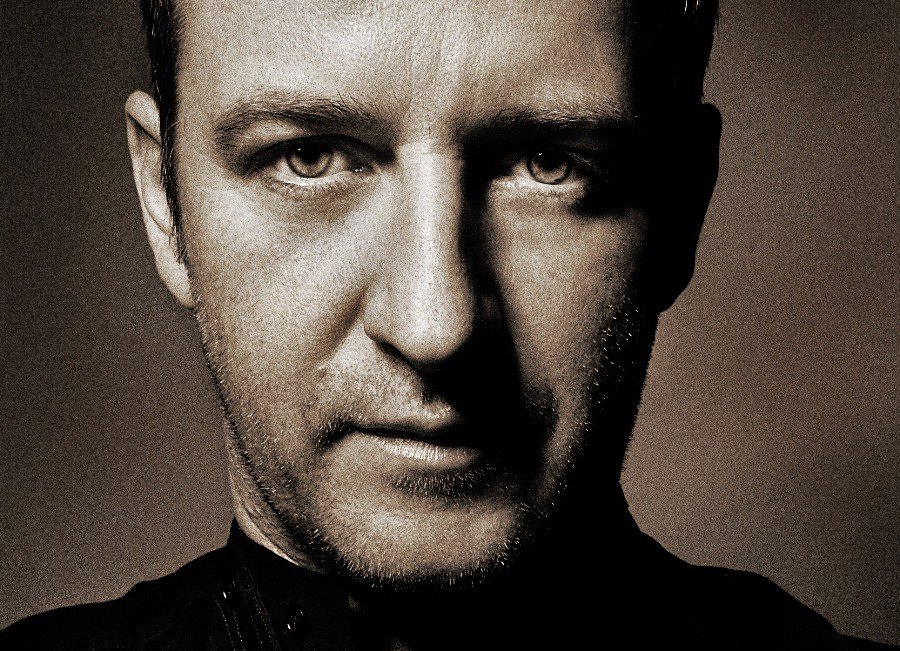 Alexander Coe, the straight-talking northern football fan who makes grown men cry at the beauty of music of a weekend. The first and enduring 'Superstar DJ' who can’t stand the press attention and public scrutiny. The figurehead of a subculture one minute, and of a multi-million-pound mainstream industry the next. One of the most successful and long-lasting DJ careers of all time from a man who still feels it’s hard to make a lasting impact. Sasha's contradictions are surely part of his allure.

Though appreciative of the most zealous fans, Sasha makes a point of backing away from the hype and hyperbole he inspires, at a time when at least half of the noise the dance music scene is creating is made up of just that. He’s earned a right to claim golden-days-fatigue and avoid constant reminiscing in interviews, but of course that still leaves us clawing for our hero’s impressions, advice and hopes for the current state of dance music play.

Nowhere is the forward-march of progress in the dance scene more plain to see than Ibiza. We met up a few hours before he was due to play Ushuaïa for Nic Fanciulli and Joris Voorn’s La Familia party which, along with Ushuaïa’s in-house weekly production, Ants, holds the torch for house, techno and generally music-focussed parties amidst the acrobatics, fireballs and confetti cannons of Ushuaia’s six-night-a-week schedule of EDM.

Ushuaïa’s growth is particularly pertinent to Sasha, who has held several residencies there over the years, including when Ushuaïa was a wee beach bar a few sun-loungers down from its current spot in Playa d’en Bossa. “Yeah it’s a very different animal to how it was when it first started as a beach club, when it was feet in the sand, free entry, small parties - that sometimes developed into much bigger parties [chuckles].”

“The new Ushuaïa is a behemoth,” he continues, “there’s a very different energy here. But it’s really great that they brought open air clubbing back to Ibiza. It’s a superb venue with amazing production and Joris and Nic have done such a great job of building their La Familia brand here. It’s great to see parties here that aren’t focused around EDM; it’s important to keep one foot with some… real music [laughs].”

Sasha shows genuine respect for artists and promoters doing good things within the modern clubbing framework, and yet can’t hide where his sensibilities lie. When you cultivate a scene through outlaw culture as Sasha did in the north of the UK in the '90s, it’s hard not to feel like an edge is missing in these global super-industries. Sasha isn’t alone in this feeling, even those new to the scene may crave authenticity through something smaller scale and less regulated, and if that means coming a-cropper with the authorities, so be it.

“There was something quite magical about that time back then [at the early Ushuaïa] and I definitely miss that. I had a little taste of it when I played for Guy Gerber at his Beachouse thing and that’s got a similar edge to the kind of older parties that I did.” The party mentioned here was one of many this summer to be interrupted by police, the Playa d’en Bossa beach bars being the hardest hit. Mostly the venues just didn’t have the appropriate licences to be throwing these kind of parties, which could quickly swell in numbers and volume when the going was good. But when the police pressure became so frequent and targeted it was hard not to feel like the powers that be were deliberately standing in the way of a positive development in modern Ibiza party culture. “It’s hard because they do strangle the life out of them when the police turn up and close things down consistently. It suffocates the promoters and disheartens the crowd, but I think it’s definitely worth fighting for. Some of the most magical moments happen at those kind of parties on the island.”

The ‘fight’ Sasha alludes to was a central part of the dance music culture he helped to create in the north of England in the ‘90s. Working around and against the authorities was part and parcel of early ‘90s rave culture, and in fact helped give it its edge and passion. When a party is shut down in 2015 there is an outpouring of frustration and complaint on social media from crowd, promoters and DJ… and that’s about it. Because we know that, although this great party has been prematurely quashed, there’ll be five more like it next week, and the next, and the next. In Sasha’s early career days, everything was infinitely precious because it wasn’t being done anywhere else. Music and events meant more, and were fought harder for. Now, abundance creates apathy.

"People digest music differently now and things do get thrown away. It’s much harder to make something that will stay in people’s minds for a long period of time."

“It’s an incredibly crowded market now,” Sasha concedes when I ask how differently he might have experienced his career ascension had it begun in 2015. “It’s great because there’s so much more opportunity, but it’s harder to make an impact that lasts.” The sheer volume of music pouring out from the internet every day makes the turn-around of ‘favourite tracks’ almost too fast for the brain to keep up with, and so modern throw-away culture takes root in dance music too. “It’s very hard for albums to be taken seriously these days… I don’t even know if the album format is worth anything anymore, I think people digest music differently now and things do get thrown away. It’s much harder to make something that will stay in people’s minds for a long period of time.”

For Sasha, and most successful artists, longevity is perhaps the only answer to this crowded market; a precious end in itself but a slippery one to attain. “It’s stood me in good stead so far… I always have it in my mind that I want to make records that stand the test of time, maybe take a couple of listens for people to really fall into them… but you can’t really plan that out too much - there are certain things I remember I really thought at the time, ‘oh yeah this is a classic’ but it hasn’t really stood the test of time then there’s other things that years later people talk about and I think ‘oh yeah I forgot I made that one’… you can’t really premeditate things too much. Obviously it’s very nice and humbling when, twenty years after you released a compilation, people still talk about it. It’s just very hard these days to have that kind of impact.”

And yet no one would deny that he does. Sasha’s high profile mix albums - like the Renaissance, Northern Exposure and Involver series’ - are still played, discussed and fiercely exulted, and his recent major projects all look set to endure. The fact that I gently bullied Sasha into talking a bit about his Involv3r album, now more than two years old (which is like forty-two in PR/media years) should be a testament to the fact he’s still making music that stays with you. He fidgeted defiantly for a second then indulged me, discussing some of the ups and downs in the production process, which was partially done in Ibiza once local producer Grayson Shipley came on board. “He took the ideas and really brought them up to scratch. It was a bit disjointed, but it was great to work with Grayson, he’s a flamboyant Ibiza character.” ‘Flamboyant Ibiza characters’ such as Grayson - who has been known to get about the superclubs on rollerskates during closings - are in abundance on the White Isle, making it incredibly fertile creative ground, as many other producers will attest. On an island where hedonism is the usual name of the game, however, productivity can take a backseat. “I’m not sure how much work gets done over the summer here though,” Sasha chuckles. “The year after Involv3r we did try to work together in the summer season and we didn’t get a lot done - too many wonderful parties to go to I’m afraid! But yeah there’s something about Ibiza that does pull a very creative bunch of people and there’s an amazing energy here. I’ve never actually spent the winter though; I’d like to put up a studio and do that one year.”

The very heady days (and nights) when a young Sasha was catapulted into the public eye as the first ‘superstar DJ’ are well documented, and need no retelling here, but as our interview draws to a close I can’t help but probe into the past a little to find out how he feels now about that intense time. My question forces a long pause, as Sasha considers what advice he would give to his younger self.

“Be careful who you surround yourself with. You need the right people in your life, and misjudging who that was was probably one of the biggest mistakes I made when I was younger.”

For someone who makes no secret of disliking too much press attention, Sasha had been obligingly candid for the duration of our interview. Around a week later, he announced he would be taking a few months break from touring after a hectic summer, in order to spend more time with family, and working in the studio. A move like this makes perfect sense for someone interested in quality, not quantity, longevity, not fame, and who has been DJing now for almost thirty years. Sasha has been, and will be, around for the long haul, and unlike so many of us fighting against the clock, he takes the time to get things right.

Check out Sasha's Resident Advisor podcast, released today and described by Sasha as having "been a while coming". We'd expect no less.