The Performances That Defined Splendour 2016 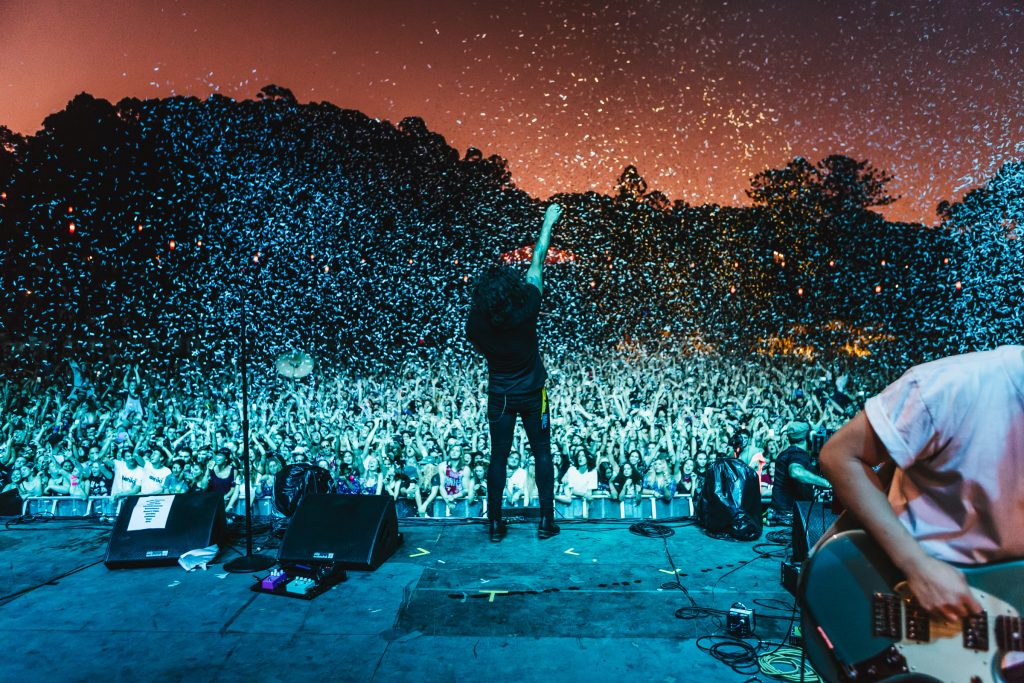 James Blake was the very definition of emotional music.

Ahead of the pack in quality by a country mile was James Blake, his music so emotionally charged and subtly executed that despite being nowhere near the most lively set of the weekend, his performance felt more alive than any other. Scheduling the UK artist before Flume’s festival closing set at the Amphitheatre meant there were more than a few foaming young Flume fans waiting with confusion for ‘a drop’ that would never come, Blake instead sucking us into an aural vortex of emotion with a perfect combination of older hits and fresh meat from the new album, The Colour in Anything. There were moments of pure fragility as his silvery voice trailed off into a whisper for the last few notes of ‘Limit To Your Love’, moments of classic improvisation as technical difficulties forced a delightful percussive foray, and moments so gloriously overwhelming as that beast of a synth line in ‘Retrograde’ launched from the stage and wheeled above our heads like a dragon. Set of the weekend. 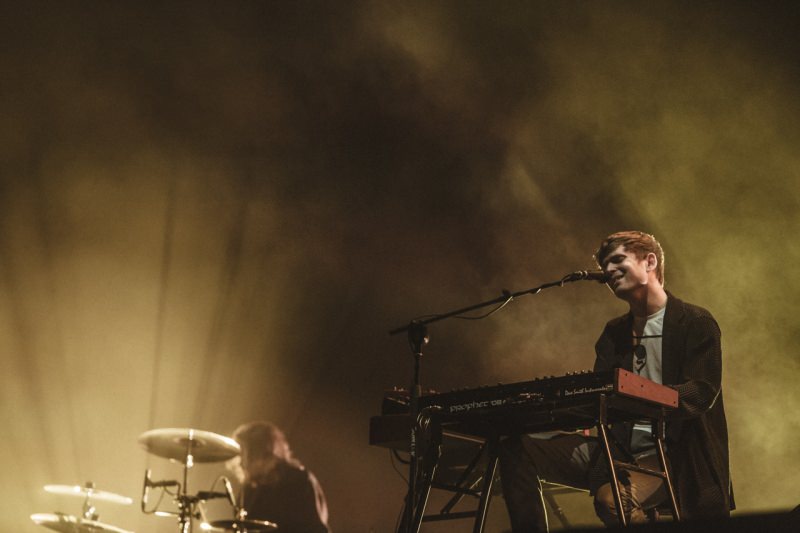 Flume and fans brought it home

Underwhelmed by his latest album and suffering from a bit of Flume-fatigue, I confess I was sceptical whether Flume’s show would stand up to the status of his Splendour slot - closing out the Amphitheatre for the year is about as bigs as it gets, after all. Lower those pitchforks, Australia, I can’t help but acknowledge Harley Streten brought it home. The stage was looking a treat, his new live set up involved some of Australia’s finest new artists like Ngaiire, Jess Kent and Vera Blue and Streten proved a charismatic stage presence. ‘Helix’ provided an epic opener and Streten’s shriek of “fuck you” to Pauline Hanson a perfect closer - a reminder of the shared values of everyone swarming over the grassy hills of Byron that weekend. But what really made this set so special, was the overwhelming support of the Australian crowd for their adopted hero. Standing at the tip of the natural basin that forms the amphitheatre the view was breath-taking, one minute seeming like a starry sky tipped upside down from all the twinkling phone lights, the next a bubbling cauldron of humanity as a spontaneous clap along would spread through the twenty-five thousand strong crowd in a few seconds. Whatever your feelings on his music, Flume, in a team effort with his immense following, gave the festival the closing ‘moment’ it was after, made all the more special by the fact he was clearly having one of the biggest moments of his own life. 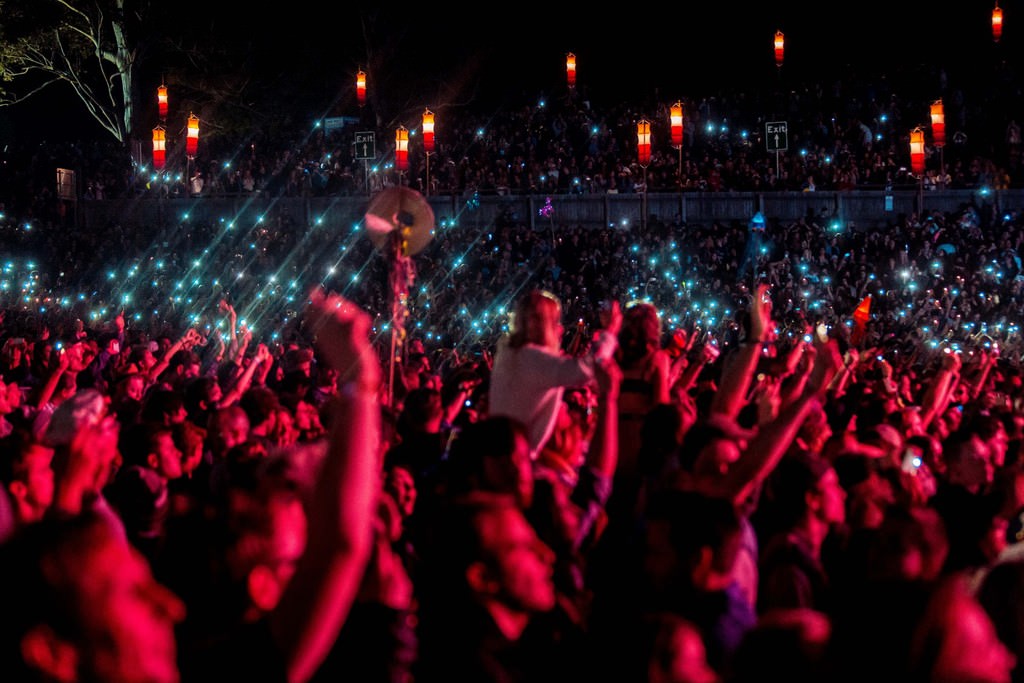 The Avalanches are being over-analysed

With Avalanches fans having had so little to chew on all these years it feels like, being finally thrown a bone, we are all scrapping over it and pulling it apart like a pack of hungry dogs. Though few acts could have claimed ‘perfection’ at their Splendour performances, it seemed like nothing short of that would do for The Avalanches’ return to the musical fray. Well, it wasn’t perfect, and I’m entirely OK with that. Translating the intricate complexity of their songs into a live show was always going to be difficult, so the set up did feel a little incomplete (considering the eclecticism of their sound it probably wouldn’t hurt them to pull an ‘Arcade Fire’ and simply throw as many bodies onto the stage as required), and denying the crowd a straight up rendition of their most legendary hit of all time, ‘Frontier Pyschiatrist', was baffling and a little heartbreaking (Gnarles Barkley’s ‘Crazy’ wormed its way into the mix at this point), but overall their energy was fantastic, their music equally so, and golden moments like dancing to new and old hits ‘Subways’ and ‘Since I Left You’ will go down as some of the most memorable of the festival. 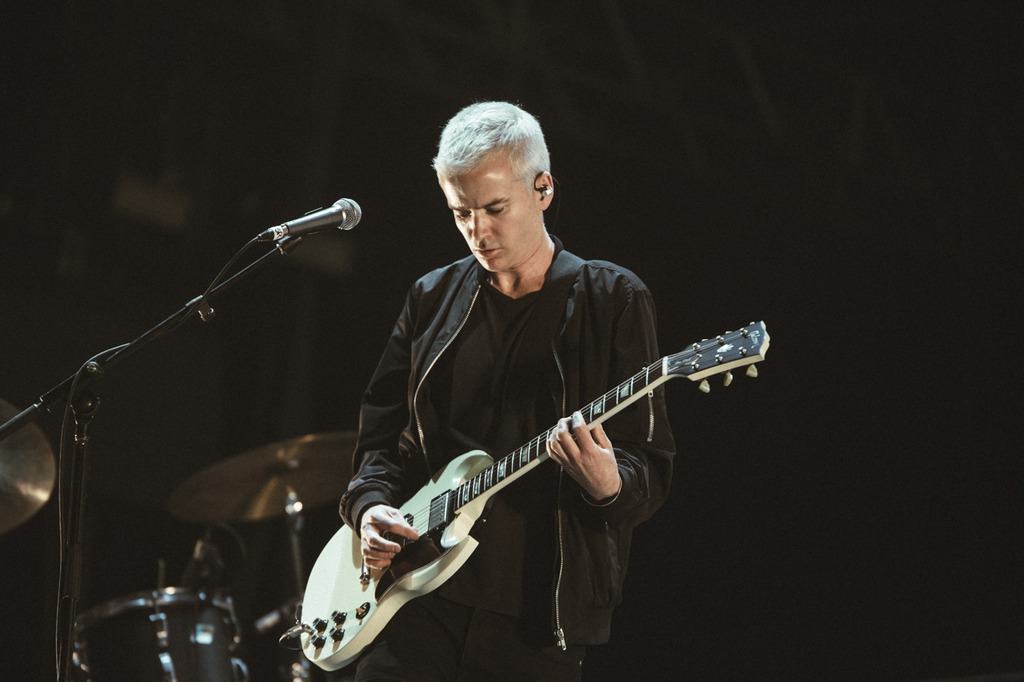 The Cure’s discography is an immense treasure trove of rock and roll, their talent and professionalism in performance undisputed. They filled their generous three-hour slot with a well executed mix of hits for the half-way fans and sprawling rock expeditions for the die-hards… but they shouldn’t have been given all that time. In a festival situation, even those bands already cemented in the international hall of fame should deal with the challenge of how to communicate what they are about in the hour-and-half to two-hour slot that is the standard. Knowing how to do this well is a skill in itself which shouldn’t be completely devalued when compared with the obvious importance of the epic back-catalogue voyages which belong to the sideshow gig. I can’t really fault the performance: I was deep in the zone on the percussive tangents and bouncing around for the ‘Friday I’m In Love’ and ‘Boys Don’t Cry’ moments, but the scheduling decision did halt the flow of a fast moving weekend. 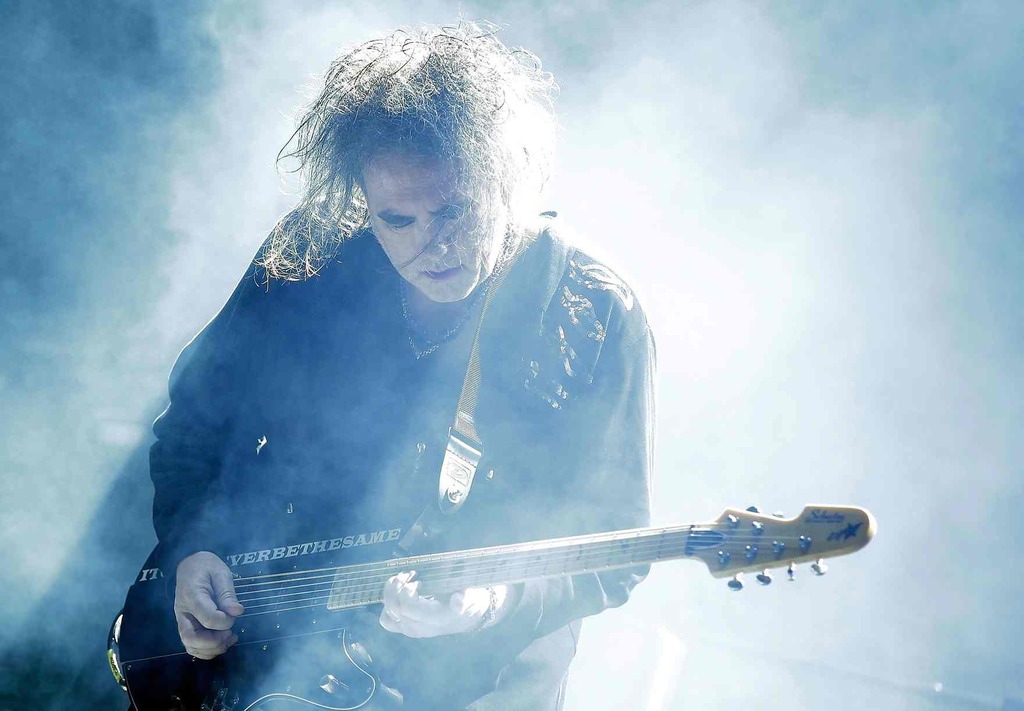 You didn’t need to see Hayden James’ face to know he was having the time of his life, his dark silhouette banging away on a pad with drum sticks and leaning heavily into the groove, slower than many others in the Mix Up stage but all the more effective for that. New track ‘Just A Lover’ got a huge response but it was the casual funk of ‘Permission To Love’ which truly sent the tent into ecstasies, smiling faces and wiggling shoulders stretching right back beyond the edges of the tent and into the night. 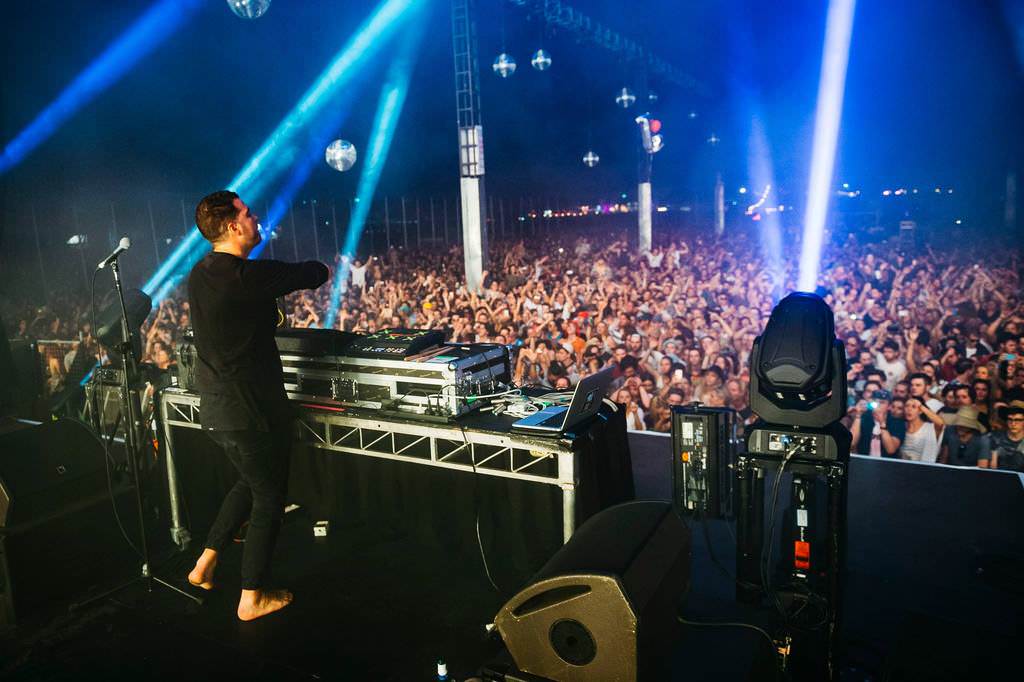 Jagwar Ma left it all out on the stage, delivering an insanely high energy performance, with tracks that built and built and built ’til they burst all over the crowd in a hot mess of psychedelic dance bliss, highlights including ‘Throw’ and ‘Come And Save Me’. It might not have been the busiest we saw the tent but those that came had come to cut loose. 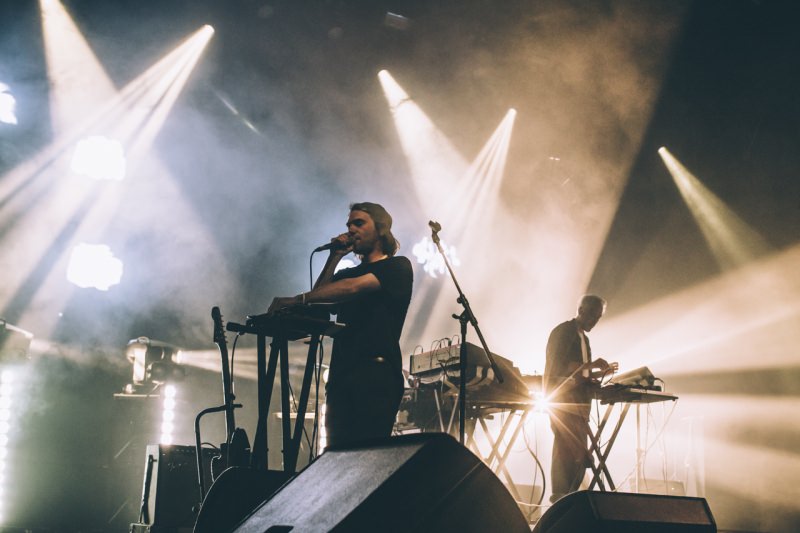 There’s no one quite like The Internet right now

Odd Future spin off The Internet brought a welcome injection of rnb to the Mix Up tent on Sunday afternoon, the smooth and soulful grooves of Ego Death given an unusually rock and roll grunt by their classic live band set up of six. As always though, the charismatic moves and unbelievably sweet vocal tones of Syd the Kyd stole the show - that, plus the entire mix up tent gleefully shrieking out “you - fucked - up” at every opportunity in ‘Just Sayin/I Tried’. 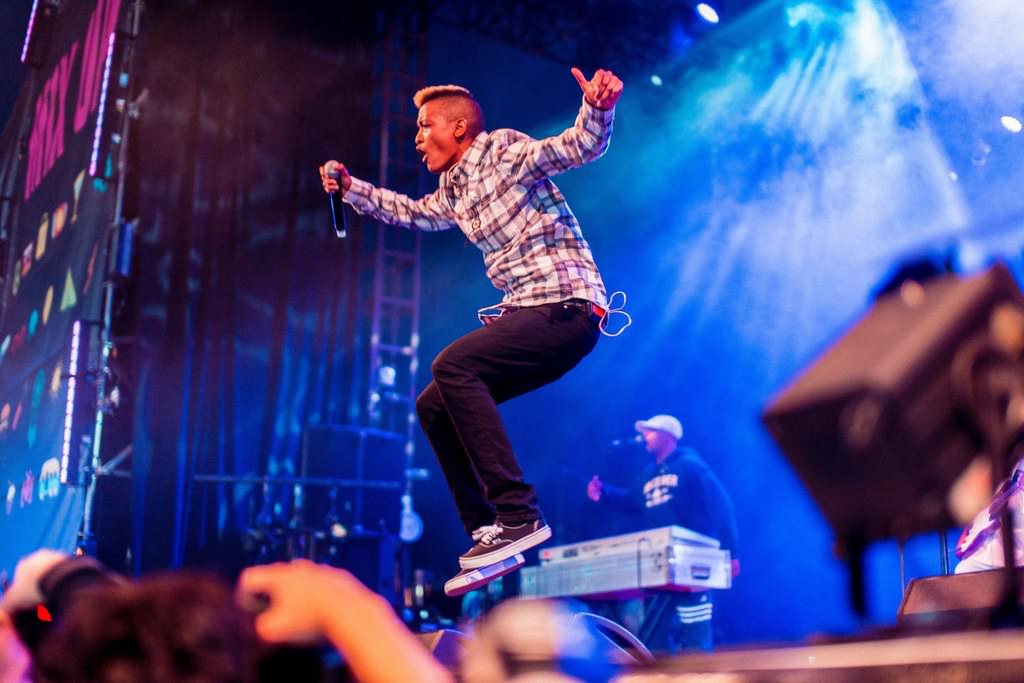 The traffic shitstorm of day one

Anyone not camping at Splendour found themselves in gruesome purgatory at the end of day one as attempts to get home were thwarted by surprisingly poor organisation. An 8 person wide queue of festival zombies stretched the length of a football field or two and barely moved for hours. Cars, buses, vans and shuttles were also completely stuck in a bottleneck which seemed frozen in time if it hadn’t been for the odd scooter smugly zipping through the cracks. Many punters gave up and embarked on the two and a half hour walk into Byron, those with battery left vented anger on social media, and almost nobody made it home before 3am.

Splendour 2016 fell on one of the warmest, sunniest July weekends of all time. Whilst those with shower access were frothing over the summer-like weather, campers’ hacking coughs, growls and grumbles as the raging sun hit their tents at 7am could be heard as far as Sydney, where I’m told you could also catch the unholy waft of foot-stank from the fools who didn’t check the forecast and only brought gumboots to wear for three days straight.

Photography from Splendour In The Grass, Music Feeds, InTheMix, The Guardian, Pat Stevenson